Our fellow collaborator Gonzalo Nina requested funds for producing media. This media were supposed to be used at FLISOL (Festival Latinoamericano de Instalación de Software Libre). This long name means Latin American Free Software Installation Festival. Don’t take my translation as official, it is hard to put three adjectives to one name in the correct order, specially considering that two of those adjectives are composed of two words each. 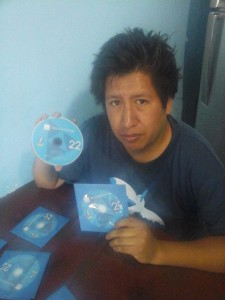 I am side tracking, I said «were supposed». Sure that raise questions. Unfortunately for Fedora our Bolivian Ambassador has plenty of work. I guess having plenty of work is fortunately for him. The issue is that nowadays his work require him traveling to Panama. His has been traveling to Panama several time in the past few months. Which means that he got funds from Fedora to produce media, but he didn’t have time for placing the order.

This was good and bad, as you may get the feeling of this post, plenty of looking at two faces of a coin. It was bad because the media was not ready for FLISOL. There was other issues with funds and dead lines that were bad. But FLISOL was too close to Fedora 22 release. So any left overs were surely be a waste of resources. The good side is that he placed an order for media of Fedora 22 which is quite on time for the Fedora Release party he is planning and also the rest of activities from now to Fedora 23 release, close to the end of this year. 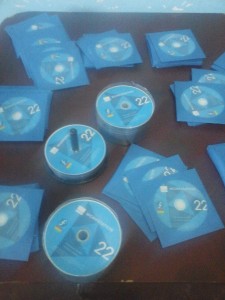 Bottom line, Bolivia community now have 200 disk to raise interest about fedora and spread all the blue uber-force. There is already part of that material going to Cochabamba.